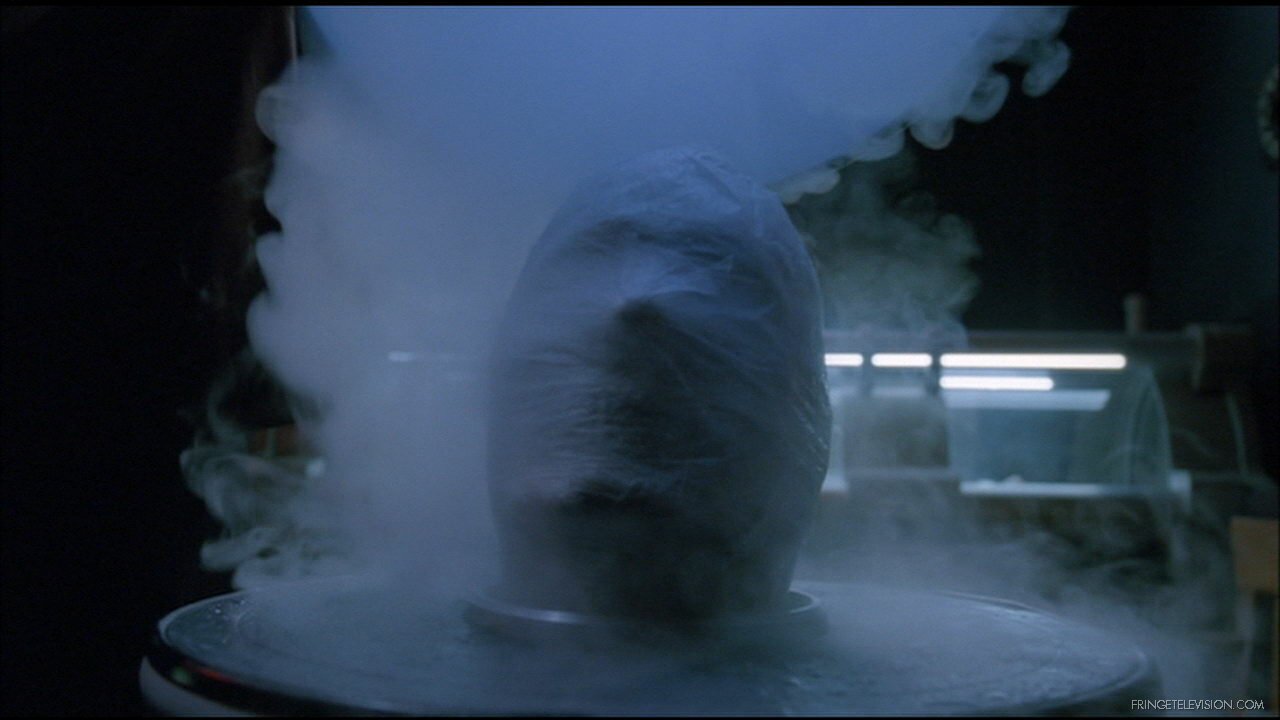 Will other familiar characters be “taken over”?
Pinkner: Not yet.

When the shape-shifter was the nurse, she was shot twice, and then jumped from a second-story window — is this new entity not entirely human?
Pinkner: We’re going to learn more about them in an upcoming episode. They’re definitely from “over there.”

What exactly are we witnessing when Olivia is shot through that windshield? Is that her returning from “over there”?
Wyman: Yes, you borrow from momentum, and it has to be paid back. Ultimately, what happens is, she got taken out, and as soon as she gets put back in, she’s going to come in at the same trajectory where she was taken out.

Um, OK… wait, what?
Pinkner: If you go back and watch the season finale, Olivia thought she had a near-miss car crash. The truth is, there was a car crash. She was pulled out of the car [just before the crash] into an alternate universe. Now that she’s being put back in, that’s what Joel’s talking about with the momentum. Her seat belt would have stopped her, but now that she’s being put back in the car, she’s crashing through the windshield. We will experience what happened to her in the parallel universe in an upcoming episode.

So what was all that jazz in the elevator then? She had already crossed over at that point?
Wyman: Yep.

So then the accident takes place right after Olivia’s meeting with Dr. Bell?
Pinkner: No, it’s happening immediately before.
Wyman: She’s taken out just before impact, she spends some time with Bell and…
Pinkner: She’s returned a couple hours later. There’s time for paramedics to arrive.
Wyman: The car was driverless for a while. The car continues into the crash.

But we’ll see what happens in their conversation, right? Maybe they have a little chat?
Wyman: Yeah. Oh yeah.
Pinkner: Sure. We would be cruel not to show that.

5 Responses to “Fringe – Charlie will be back!”